There are some noteworthy 2015 Toyota Models Soon Available at Toyota Dealer in Tacoma and Larson Toyota of Tacoma has the information you need on the all new 2015 Camry, 2015 TRD Pro Off-Road Vehicles, and the brand new 2015 Toyota Fuel Cell Vehicle.

Toyota is already the world’s largest automotive manufacturer and they don’t have plan to stop anytime soon as 2015 brings a new era of vehicles to choose from: Fuel Cell Vehicles (FCV). This is the next big movement towards a better future and once again Toyota is leading the way with an all new hybrid technology that operates on hydrogen. The wonderful upside to this technology, which lies within the heart of the Prius, is a cleaner vehicle that only omits water back into the environment.—yes you read that right. The FCV is on par with the gasoline engine but has zero emissions and produces power by generating electricity from hydrogen which is produced from a variety of renewable sources like solar power and wind power. The 2015 FCV is capable of supplying enough power to sustain a house for a week, or achieve a 300-mile driving range, all while reaching 60 mph from zero in 10 seconds.

2015 also means the Tacoma, 4Runner, and Tundra all are getting an off-roading upgrade for those who ready to explore the great outdoors in the comfort of a TRD Pro model. The Tacoma TRD Pro comes with 16-inch beadlock-style wheels, high-performance tires, Bilstein gas shocks, and a TRD exhaust system. The 4Runner TRD Pro edition comes with Bilstein remote-reservoir shocks, a new skid plate, and unique 17-inch black alloy wheels. The Tundra TRD Pro also has high-performance Bilstein shocks with remote reservoirs, TRD-tuned front springs, a reinforced TRD skid plats, and a TRD dual exhaust system.

There is also a new Camry for 2015 that has been redesigned with bold and aggressive exterior lines and a striking new front grille guaranteed to make you take a second, or even third look. Most features that were on the 2014 Camry model are also on the 2015 model with the addition of a wireless charging station for certain cell phones. The new technology allows for smartphones to charge by simply setting them in the bin located just in front of the transmission shifter. 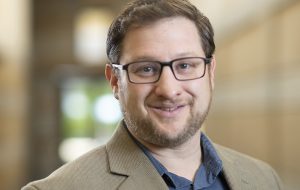