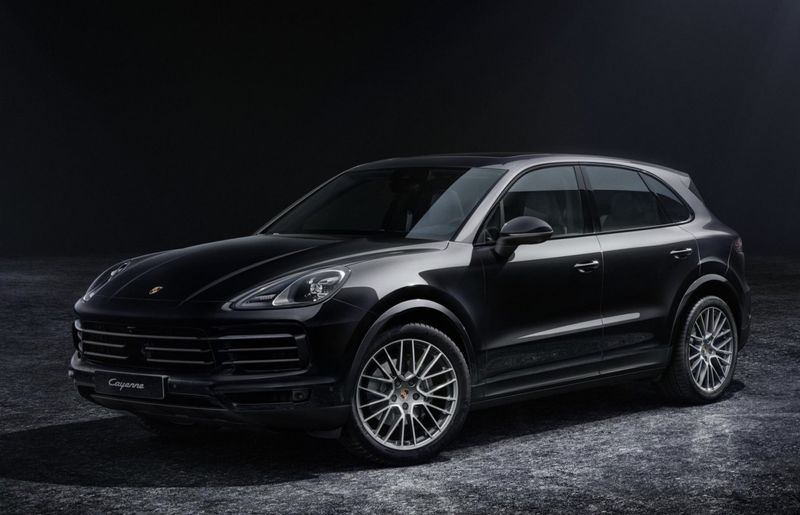 The 2014 Porsche Cayenne Platinum Edition AWD offers the ultimate luxury and performance. It has the best of both worlds, with unrivaled luxury and refinement, outstanding performance, and exceptional handling. Read on to learn more about this luxury SUV. Here are some of its highlights:

The 2014 Porsche Cayenne Platinum Edition AWD offers a wide array of options for its luxurious interior. It features a cockpit-style design with up to 50 buttons, a center console that rises above the dash and a large touchscreen display. Although this can be complicated to operate, it is well-organized and quickly processes inputs. It also features leather-trimmed air vent slats and a heated windshield.

Its interior is a masterpiece of fit and finish. The 2014 Porsche Cayenne is not the largest cargo hauler but offers a spacious cargo area. With the backseat folded, there is room for 62.9 cubic feet of cargo. Its rear seatback angle can be adjusted and has an impressively low beltline.

Although Porsche has focused its attention on its compact crossover Macan, it has not forgotten the Cayenne. The company recently announced the arrival of a Platinum model for diesel and V-6 models.

The Perfect Combination of Power Performance and  Luxury

The 2014 Porsche Cayenne Platinum Edition delivers the perfect power performance and all-wheel drive blend. This premium SUV is fitted with a new intelligent four-wheel drive system that monitors the vehicle’s traction and driving status. The result is a dyna

mic performance that defies the stereotype of a dull off-road vehicle.

The Porsche Cayenne features a rear-biased AWD system that directs 60 percent of its power to the rear wheels. While this system sounds impressive, it’s not the easiest to operate. The multimedia system is also clunky and menu specific.

The 2014 Porsche Cayenne is available in both a petrol and a diesel version. The hybrid model delivers a combined power output of 306 kW (416 hp). The Porsche Cayenne Turbo S offers 520 hp.

The Porsche Cayenne has two different engines: a 3.0-liter V6 diesel and a 4.8-liter V8 with twin turbochargers. The diesel model has 240 hp and 368 lb-ft of torque.

The interior features leather upholstery and high-end materials. The cabin boasts alloy trim, carbon fiber, and wood inserts. The seats are heated and cooled, with adjustable bolsters and lumbar for a customized fit. The interior also boasts a 14-speaker sound system with satellite radio and a six-CD changer.

The Porsche Cayenne Platinum Edition is available for $67,895, with shipping. This luxury SUV features a 3.0-liter diesel engine with 240 horsepower. This engine is paired with 8-speed automatic transmission. It delivers great fuel efficiency: 20 mpg city and 29 mpg highway.

The Porsche Cayenne is a high-riding luxury SUV that is a beacon in the sea of luxury crossovers. It is competitive in nearly every area and excels in many areas where its rivals are weak. While it does lack the interior style and materials of rival models, the Cayenne’s performance is undeniably impressive.

The Porsche Cayenne has outstanding handling. The steering is precise and responsive and maintains composure even at high speeds. It drives like a sports sedan and has a rear-biased all-wheel-drive system. This system delivers 60 percent of engine power to the rear wheels.

The Porsche Cayenne is available in several trims. You can choose a Porsche Cayenne S E-Hybrid, Diesel, or Platinum Edition. Each model offers options, ranging from 20-inch RS Spyder alloys to Alcantara interior trim. It also has a navigation system and driver memory settings. The Cayenne Platinum Edition has a 14-speaker audio system, satellite radio, and a six-CD changer.

The 2014 Porsche Cayenne offers a wide range of power options, including a hybrid model. It is also available in a coupe version, which features a higher roofline and a tapered tail. The Porsche Cayenne is a luxury SUV that’s surprisingly easy to drive. It’s equipped with Porsche’s electronic Porsche Traction Management (PASM) system, which offers three driving modes.

The interior of the 2014 Porsche Cayenne is one of the most luxurious in the world, with a cockpit-style layout. Its center console features upwards of 50 buttons and a massive touchscreen display. While intimidating, the touchscreen system is easy to use and responds quickly to inputs.

The 2014 Porsche Cayenne Platinum Edition AWD is packed with advanced technology and safety features. It features a Porsche Dynamic Light System, a Porsche Active Suspension Management system, a remote central locking system, and six airbags. It is also equipped with a multi-functional steering wheel with paddles. There are also four accessory power sockets, a non-smoking package, and a high-resolution 7-inch color display.

Advanced safety features include the automatic emergency braking system, six airbags, an ISOFIX seat-mounting system, and a tire pressure monitoring system. There’s also a backup camera and a 360-degree monitor, which helps you navigate around corners.

The Porsche Cayenne is a luxury SUV with a performance-oriented design. Its hood is longer than most other SUVs, and the center console is fitted with over 50 buttons. Its large touchscreen display provides much information, but it’s also not easy to operate. Fortunately, the touch screen menus are simple, and the system responds quickly to inputs.

The 2014 Porsche Cayenne is available with a petrol or a diesel engine. The Cayenne diesel is powered by a 3.0-liter V6 Volkswagen TDI engine, which produces 240 PS and 237 hp. It also delivers 550Nm of torque, making it a powerful vehicle that can accelerate from 0-60 mph in 9.2 seconds.

Why  this is Porsche the Best SUV on the Market Today ?

When it comes to performance, the Porsche Cayenne has a lot to offer. The handling is superb, and the steering is precise with a sporty feel. It also maintains composure at high speeds, and the car’s rear-biased AWD system sends 60 percent of engine power to the rear wheels. Its interior is luxurious and upscale, and there are numerous options for interior trim.

The Porsche Cayenne is a midsize luxury crossover SUV. It is also one of the manufacturer’s most powerful vehicles, and its performance is unmatched by any other vehicle in its class. Since 2008, the Cayenne has been fitted with direct injection technology for increased performance.

The base Cayenne comes with a 3.6-liter V6 engine with 300 horsepower and 295 lb-ft of torque. A six-speed manual transmission is standard, while an eight-speed Tiptronic S automatic transmission is available as an option. According to Edmunds’ performance testing, the Cayenne can accelerate from zero to sixty in 6.1 seconds.

If you’re looking for a luxury SUV with unbeatable performance, the Porsche Cayenne is the best option on the market. Its V6 engine delivers plenty of power, and its AWD system ensures excellent handling and traction. The interior is luxurious and well-equipped, making it a great choice for anyone who wants the best of both worlds. Contact your local Porsche dealer today to test drive the Cayenne and experience its incredible power and versatility for yourself.